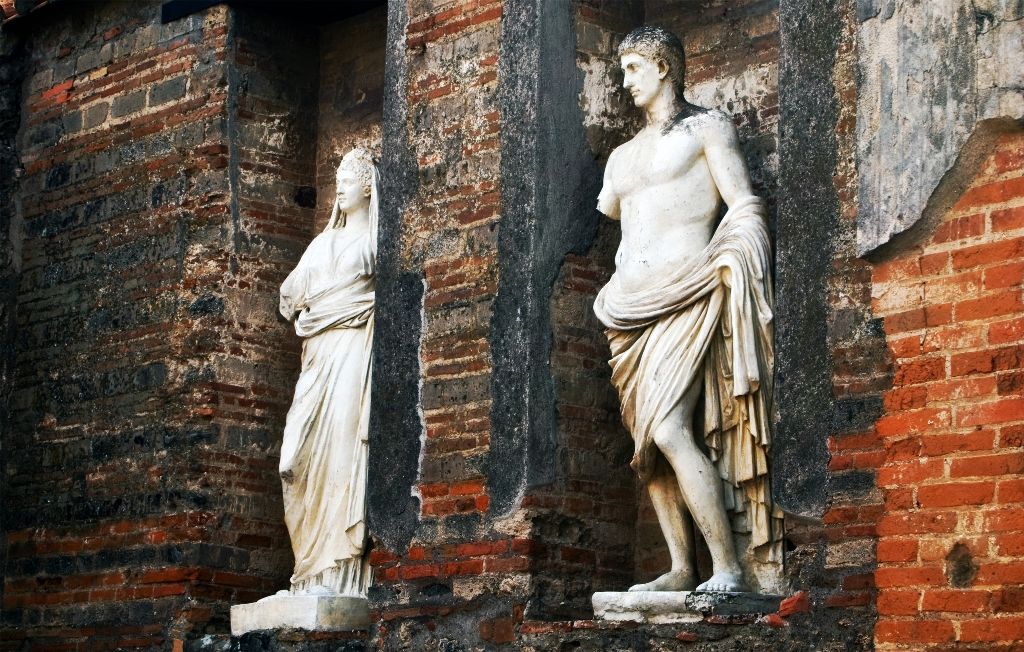 Travelers with a passion for the past and a desire to explore one of the most ancient and enduring cultures of the world will find Italy private tours delight at every turn. This stunning country, richly diverse in its geography, has been inhabited since ancient times. It is widely believed the first settlers were Indo-European people who migrated to Italy’s shores beginning around 2000 B.C. with continued migrations until about 1000 B.C. These migrations were followed by the rise of the Etruscan civilization, which dominated the country from the 9th century B.C. until the ancient Romans overthrew them in the 3rd century B.C.

The Roman Empire grew in a steady fashion with all of Italy south of Cisalpine Gaul under its leadership by 264 B.C. For the next seven centuries, the history of Italy is very much the history of Rome itself. The empire endured and made its mark upon the world into the 4th and 5th centuries when fierce barbarian invasions ushered in the collapse of the western Roman Empire.

From about 800 A.D. on, Italy’s history is one of strife during which Holy Roman Emperors, Roman Catholic Popes, Saracens, Normans and others all vided to control different regions of the peninsula. City states, such as Genoa and Venice, rose in prominence with their political and commercial power immense. Many smaller principalities also flourished well into the late medieval period. While Italy was most assuredly politically fragmented throughout many centuries, it still rose to become the cultural center of the entire Western World from the 13th through 16th centuries.

War of Spanish Succession gave birth to a split in the country when in 1713 Sardinia, Naples and Milan were given over to Austria’s powerful Hapsburgs. A tug-of-war continued with Austria giving up some of its Italian territories. Napoleon managed to unify Italy after 1800 and even crowned himself king in 1805. The Congress of Vienna in 1815, however, once again handed over control of a fractured Italy to the powers in Austria. Italians rallied, but their armies were crushed by the Austrians in 1820-21 and again in 1831. Giuseppe Mazzini came on the scene in the 1830s and gave birth to the Risorgimento, or Resurrection. Mazzini’s efforts laid the foundations upon which Italian unity was built upon. The House of Savoy was looked upon for leadership by Italian patriots who sought guidance.

Sardinia’s prime minister, Count Camille di Cavour (1810-1861), joined forces with France and England in the Crimean War. Di Cavour, known as the architect of a unified Italy, also helped France in its 1859 war against Austria, enabling Italy to claim Lombardy. By 1860, Sardinia’s boundaries grew with the addition of Romagna, Tuscany, Parma and Modena, which all joined by plebiscite. Sicily and Naples were conquered by Giuseppe Garibaldi in 1860 and quickly turned over to Sardinia. In 1861, Victor Emmanuel II, Sardinia’s king, was named king of all of Italy. With the annexation of Venetia in 1866 and the 1870 addition of papal Rome, the goal of a unified Italy was achieved.

While Italy enjoyed peace in its unification, sabers rattled in the world around it. The outbreak of World War I saw Italy declaring neutrality based upon Germany’s decision to launch an offensive war. By 1915, however, Italy could no longer stay on the sidelines. It entered the war on the side of the Allies, but found itself gaining far less territory than imagined in the postwar settlement. Capitalizing on the discontent, Benito (II Duce) Mussolini, a former socialist, organized the Fascist Party in 1919. The party’s intent was to “rescue Italy from Bolshevism.” Mussolini and his Black Shirts marched on Rome and were able to safely place him in power as Italy’s prime minister on Oct. 28, 1922. Mussolini sought to transform Italy into a dictatorship and pushed forth a fierce expansionist policy that gave rise to the invasion and annexation of Ethiopia in 1935. By 1936, Mussolini aligned Italy with the Axis powers and Adolf Hitler.

Mussolini’s reign crumbled with the Allies’ invasion of Italy in 1943. Partisans saw to his execution at Dongo on Lake Como

on April 28, 1945. The Sept. 3, 1943, signing of the armistice with the Allies saw Italy enter World War II a second time – this time on the side of the Allies, fighting against Germany. Monarchy was rejected in 1946, paving the way for the birth of a republic. In September 1947, the peace treaty signed to restore unification of Italy also witnessed the country’s severing of claims over territories in Greece and Ethiopia. The country also gave up the Dodecanese islands to Greece and five rather small territories in the Alps to France. The Trieste area was ultimately transferred to Italy and Yugoslavia in 1954.

Since reclaiming its unification and establishing a republic, Italy has enjoyed peace and prosperity. An integral member of NATO and the European Union, the country thrives today, owing its roots to the very first Indo-European settlers who first step foot upon its shores around 2000 B.C.